(RED), stylized as (PRODUCT)RED, is a licensed brand that engages the private sector to raise funds to fight HIV in sub-Saharan Africa through The Global Fund to Fight AIDS, Tuberculosis and Malaria. The organization was founded by Bono and Bobby Shriver.

Apple Inc. is a major participant in the program and donates proceeds from its (PRODUCT)RED-branded releases.

In 2006, Apple Computer became a key participant in the campaign due to co-founder Steve Jobs' working relationship with U2 and their frontman Bono, as well as their prominence as a cultural icon. Alongside fellow product retailers Gap, Emporio Armani, and Converse, electronics manufacturer Motorola, and financial services provider American Express, Apple offered a special, stylized product to distinguish its effort towards the fight against HIV/AIDS and poverty in Africa. Apple stated that they would contribute $10 USD to the (PRODUCT)RED Global Fund for each of these Special Editions sold.

The iPod nano that was employed as the basis for the first (PRODUCT)RED Special Edition featured the same specifications and features as other 2nd-generation iPod nanos. It was initially offered in a 4 GB version, and only differed from its fellow nanos in the use of the vibrant red anodized aluminum case. An 8GB version became available in November 2006. 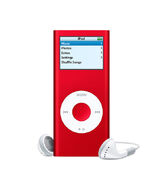 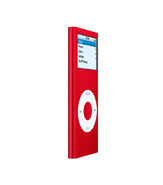 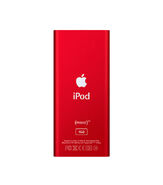 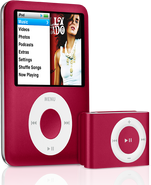 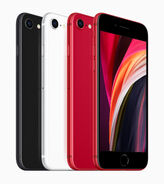