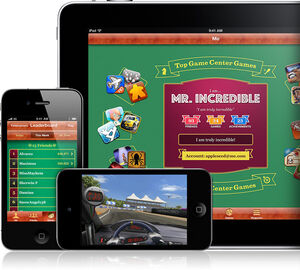 Game Center was first introduced at WWDC 2010, it was originally supposed to be included with iOS 4.0, but was not released until the iOS 4.1 update for iPod Touch 2G or later (iPhone 3G did not officially include Game Center) and the iOS 4.2.1 update for iPad.

Game Center lets friends, and soon-to-be-friends, in on all the action. Invite someone to join, then get a game going. Or choose to go up against people you don’t know from anywhere around the world in a multiplayer game. It’s your world. Everyone else is just playing in it.