iPhones with A11 or later
(see supported devices)

in development
iOS 16 is the sixteenth major release of the iOS mobile operating system that is in development at Apple to succeed iOS 15.[2] It was announced on June 6 at the 2022 Worldwide Developers Conference and is scheduled to be released sometime later in 2022.[3]

Some new accessibility features that Apple previewed as part of Global Accessibility Awareness Day on May 17, 2022 include:[5][6]

With the discontinuation of the Apple A10-based 7th-generation iPod touch, this is the first version of iOS to run solely on iPhone models since iPhone OS 1.0.2. As a result, Apple was speculated to be discontinuing support for similarly-configured older models.[7] At WWDC 2022, support was confirmed to be limited to devices containing a Neural Engine in the Apple A11 chip or later, including:[8] 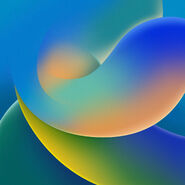 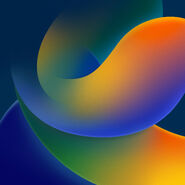