The iPhone 12 is available in 6 different colors.

The iPhone 12 is a new iPhone model developed by Apple Inc. It is part of a device family that was announced during a special event on October 13, 2020 to succeed the iPhone 11 line. Additional iPhone 12 models include the downsized iPhone 12 mini, the high-end 12 Pro and larger 12 Pro Max. The phones became available for preorder on October 16 and began shipping on October 23.[1]

Like the rest of the iPhone 12 line, it is powered by the six-core Apple A14 "Bionic" processor and features Ceramic Shield on the front screen and back panel for 4x improved drop performance over previous models.[2][3] It supports 5G networks for improved speed (up to 4Gbps) with the ability to automatically switch to LTE as needed to conserve battery life. The wireless changing coil inside the phone includes MagSafe for magnetic alignment and attachment of chargers and accessories. The updated Lightning connector supports faster charging though USB-C.[1][4]

The Super Retina XDR display features a 6.1-inch OLED screen with a 2,000,000:1 contrast ratio and a resolution of 2532 x1170 at 460ppi, containing about twice as many pixels as the iPhone 11. The flattened aluminum sides of the case resemble the iPhone 4 in a smaller size than the iPhone 11. It is available in 6 different colors: blue, (PRODUCT)RED, white, green, black, and purple. The rear-facing dual-camera system includes an ultra-wide and wide angle lens.[1][5]

Early specifications were speculated as a result of leaked source code from beta versions of iOS 14.[6][7] Sources from Apple's supply chain indicated that the iPhone 12 lineup was believed to be adopting a design reminiscent of the iPhone 4 in as many as 3 sizes in standard and Pro versions.[8][9] A 5nm version of the Apple A14 that was being manufactured by TSMC was expected to exceed performance of the most recent iPad Pro.[10]

By mid 2020, manufacturing dummies were released into the supply chain to allow for the design of cases and accessories.[11]

Market analyst Ming-Chi Kuo predicted that releases of iPhone 12 models would be delayed or staggered due to the impact of the COVID-19 pandemic. A major manufacturing contractor is Foxconn, with many facilities located in the Greater China region.[12] The Wall Street Journal reported that Apple would move back mass production plans by about a month and that shortages could be expected.[13] Sources in South Korea reported that LG received an order for up to 20 million OLED screens, while Samsung received an order for up to 55 million screens, which are believed to be destined for use in new iPhone models.[14] In an earnings call on July 30, 2020, Apple CFO Luca Maestri confirmed that new iPhones would be delayed by several weeks to sometime in October.[15] 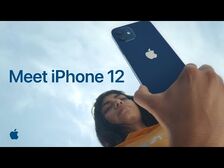 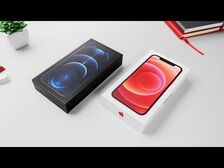 Retrieved from "https://apple.fandom.com/wiki/IPhone_12?oldid=55641"
Community content is available under CC-BY-SA unless otherwise noted.