Not to be confused with former Apple marketing manager John Scull.

Steve Jobs personally recruited Sculley to become CEO of Apple Computer on April 8, 1983, a position he would hold until June 18, 1993. In May 1987, Sculley was named Silicon Valley's top-paid executive, with an annual salary of US$2.2M.

Sales at Apple increased from $800 million to $8 billion under his management. However, his stint at Apple remains controversial due to his departure from founder Steve Jobs' sales structure, particularly regarding Sculley's decision to compete with IBM by selling its computers to the same types of customers. In a highly-publicized power struggle in 1985, Sculley convinced the Apple Board of Directors to oust Steve Jobs from his role as head of the Macintosh division, leading to his departure from the company. Sculley then also became the chairman of Apple's board in January 1986. However, he was ultimately forced out of Apple in 1993 as the company's margins eroded, sales diminished and stock declined.

Sculley became a partner in Sculley Brothers, a private investment firm formed in 1995. He is best known for his marketing skills, particularly in his introduction of 'the Pepsi Challenge' at PepsiCo, which allowed the company to gain market share from primary rival Coca Cola, having used similar marketing strategies throughout the 1980s and 1990s at Apple to mass market Macintosh personal computers.

Sculley was portrayed by Allan Royal, Matthew Modine, and Jeff Daniels in dramatizations of his relationship with Jobs in the films Pirates of Silicon Valley, Jobs, and Steve Jobs, respectively.[1][2][3] 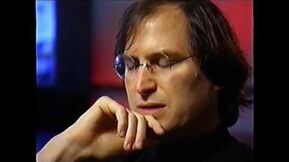 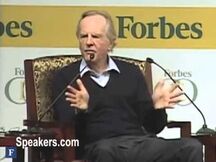 John Sculley on How Steve Jobs Lost His Job 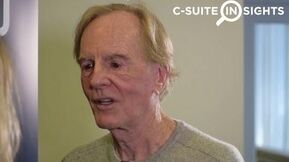