Apple Retail Stores are targets of looting due to the high value of items that are on display.

Typical lootings are often carried out through smash and grab techniques by small parties. However, because Apple assigns unique serial numbers (such as IMEI) to its devices, stolen items will often be blacklisted and "bricked".[1] In 2018, seventeen suspects in California were arrested and charged with being part of a robbery ring to steal merchandise from Apple stores.[2]

Though in a legal gray area, scavengers are known to go "dumpster diving" around Apple stores to recover discarded merchandise in the hopes of finding a salvageable iPhone, especially when a store location is in the process of relocating. However, Apple's security discourages this practice as it may be hazardous.[3][4]

On December 8, 2018, looters broke into the Apple Store on rue Sainte-Catherine in Bordeaux, France during the Yellow vest protests across France.[5] By December 9, Apple stores in Paris on the Champs-Élysées and next to the Théâtre National de l'Opéra were boarded up and fortified after being damaged during ensuing riots.[6]

In late May 2020, Apple stores in the United States were targeted for vandalism and/or looted during protests over the death of George Floyd.[1][7] Melrose Mac, an Apple Authorized Reseller and Premier Partner based in Hollywood, was looted and burned.[8] On May 31, only 42 of 271 locations in the United States remained open out of concern for customer and employee safety. 56 were closed due to the conditions related to the protests while others remained closed due to the COVID-19 pandemic.[9] Damaged stores were closed for repairs, and high-risk locations were pre-emptively boarded up.[10] Some boarded-up stores were decorated with murals and became gathering places for Black Lives Matter marches.[11][12] Stores that were hit included:[13]

Looters break in to Apple Store in Scottsdale during protest
(Scottsdale, Arizona)

The entire apple store in DC has been looted. There’s nothing left.
(Washington, D.C.)

North American stores that were boarded up or barricaded, though not necessarily looted:[10][29]
(in alphabetical order by state, then city) 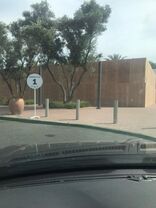 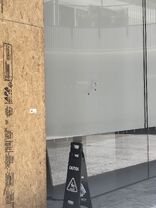 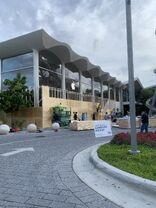 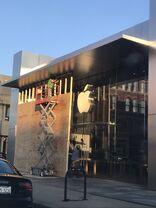 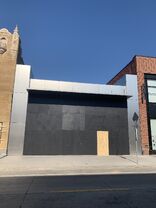 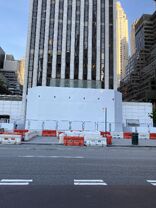 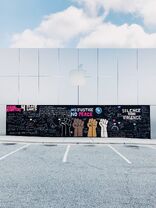 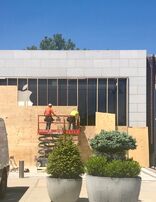 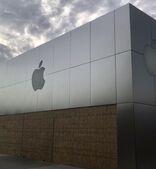 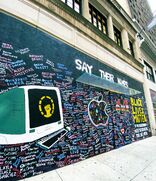 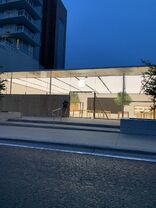 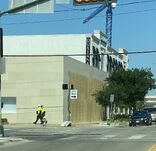 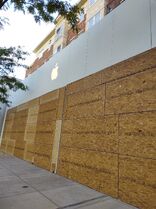 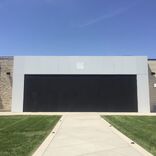 Microsoft retail stores were also affected and some were looted. On June 26, 2020, Microsoft announced that it would shutter all but four of its locations permanently.[30][31]