Worldwide Developers Conference 2005 (or WWDC 2005) is the 16th annual conference that was hosted by Apple Computer from June 6 to 10, 2005 at the Moscone Center in San Francisco, California, USA. The main focus of WWDC 2005 was the Intel transition.

The following was announced during the keynote event at WWDC 2005:[1]
All times are in Pacific Standard Time (PST). 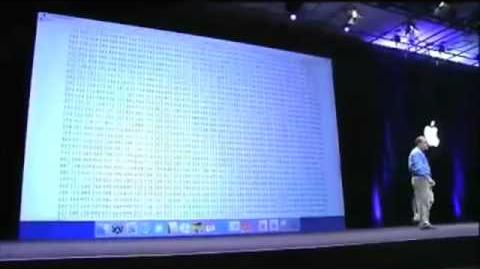