Apple CEO Steve Jobs noted during the keynote event that more than 5,000 attendees were present at WWDC 2007, breaking the prior year's record.

Jobs presented a feature-complete beta of Mac OS X Leopard, even though its release date had been pushed back to October. Jobs announced that a version of Safari, Apple's proprietary web browser, had been created for Windows, and that a beta release was being made available online that same day. Apple also announced support for third-party development of the then-upcoming iPhone via online web applications running in Safari on the handset. The announcement implied that Apple, at least for the time being, had no plans to release an iPhone software development kit (SDK), meaning that developers must use standard web protocols.[1]

Ozomatli performed live at the WWDC 2007 Bash, held at the Yerba Buena Gardens. 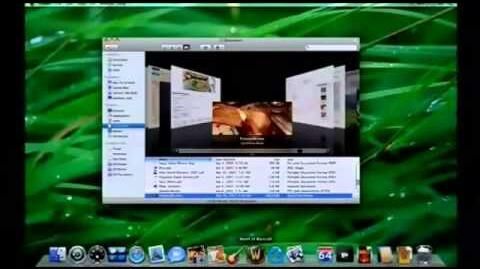 Retrieved from "https://apple.fandom.com/wiki/Worldwide_Developers_Conference_2007?oldid=42439"
Community content is available under CC-BY-SA unless otherwise noted.