Apple reported that the 2009 conference sold out in late April.

Announcements at the keynote event included the release of iPhone OS 3 software announced to developers in March, a demonstration of Mac OS X Snow Leopard (10.6), the new 13" MacBook Pro, updates to the 15" and 17" MacBook Pros, and the new iPhone 3GS.[1] Phil Schiller, Apple's Senior VP of Product Marketing, presented the WWDC keynote this year, instead of Steve Jobs, who had taken medical leave of absence since the start of the year.[2]

Cake performed live at the Yerba Buena Gardens. Attendees received a neoprene messenger bag. This was the first year plastic badges were used instead of printed paper badges. 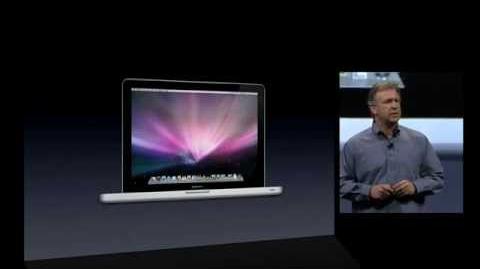